Travels with a Culinary Artist has moved!

I have taken the blog over to Wordpress and created what I think is a clean and slick looking blog!
It's a step towards learning more about the nuts and bolts of blogging, including some of the behind the green door aspects of programming etc.  That's all in the future but meanwhile check out the new and improved Travels with a Culinary Artist!   Be sure to sign up for email alerts or add us to  your Google Reader.  Enjoy!

I know, I know its summer….but… 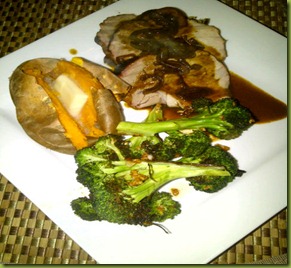 When I woke up yesterday to move the car for alternate side parking, I decided to go get a much needed haircut.  After the haircut I visited my favorite store: The Natural and roamed the aisles trying to plan dinner.  It was cooler that morning than it had been and at the butcher counter the boneless pork loin roasts were calling my name.  Logic said that it wasn’t going to be 90º today so it might not be a bad day to roast some meat and have the leftovers for a few meals.  Along with my new best friend, the tied boneless pork loin, I grabbed some sweet potatoes and some broccoli crowns and shallots.  No exact plan in mind, but I figured it would come together at home utilizing pantry items.

Once home, I was still less than inspired, so I turned to Mastercook, the recipe storage program I use for my business and searched for Roast Loin of Pork.  I got a gazillion recipes for everything pork and roasted.  Narrowed the search and it was a much more manageable list.

Read several interesting recipes and eliminated them as most would require a return trip to the store to procure at least one missing major ingredient.  Then I stumbled on one from The Too Hot Tamales,  AKA Susan Feniger and Mary Sue Milliken from the Food Network TV show of the same name.  The recipe is from 1997 and is below for your perusal.  It requires the pork to be marinated for 8 hours or overnight.  So I instantly scrap the plan for that nights dinner and go "freezer-diving" for some scraps and ended up with 5 Sea Scallops and 1 boneless chicken breast.  I broiled these with lemon butter shallots and a healthy sprinkle of Hungarian Paprika.  Found a small amount of tri-colored Israeli Couscous and made Succotash with Yellow & Shoepeg Corn, Edamame, Onion, Red Pepper, Dill and fresh tomatoes, not a bad slap-dash meal.

So for the Pork I prepped the marinade while cooking dinner. Here’s my twists on the recipe:

*I’m not a big fan of reserving marinades that meat has spent some time in to use for a sauce.  Sometimes I’ll make extra marinade and put it aside before adding the meat to the balance.  Other times I figure out a sauce later.

*The only beer in the house was some old Pumpkin Ale I had purchased to make Pumpkin Chili with and to enjoy while eating that Pumpkin Chili.  So it was anything but new, but I figured since it’s a marinade and possibly a sauce it’ll be cooked enough to not worry about its flatness!

*I had a jar of basic organic Dijon Mustard, next time I’ll use something a bit more exciting, even if its only country style.

*I browned the roast in my cast iron frying pan and transferred it to my 12” All Clad skillet for roasting in the oven and I added some water during the cooking time to keep the pan drippings from burning.

* When it was done I pulled the meat out to a sheet pan covered it with a foil tent and put the All Clad Skillet on the stove.  Heated it up and added chopped Shallots. Then I added 1 tablespoon of Mustard, a pinch of Herbes de Provence and reduced the liquid to a nice sauce, which I mounted with butter to finish.  After the usual 10 minute wait I sliced the roast and napped the slices with the sauce making sure that we had a substantial amount of the shallots.

*We enjoyed it with Roasted Broccoli with Garlic and Dried Chili Flakes and Lemon and Simple Baked Sweet Potatoes.  Delish!

Travels to Rhode Island In June

We spent a wonderful week in Rhode Island with our Grandsons. We attended the youngest ones graduation from Kindergarten at Sacred Heart Catholic Elementary School!  We’re so proud of this little champ he let the proceedings in Our Father!  He stepped right up to the microphone and spoke very clearly into it! 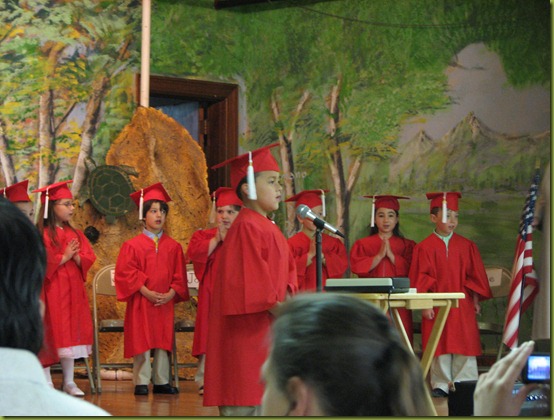 He participated in several other group presentations and never missed a line of any of their recitations or songs.  He was amazing with just the right amount of “haminess” ! 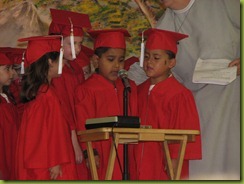 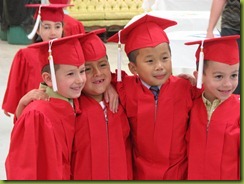 Sister Andrea says he’s a natural leader and many of his fellow classmates enjoy following him,  not always the right way but more often than not with respect.

He listed his favorite things about school were:  1. Being a Door Holder  2. Free Play on Fridays 3. Music Class 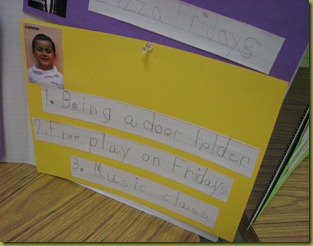 We were just beaming with pride as were his parents, older brother and Grandpa Mario! 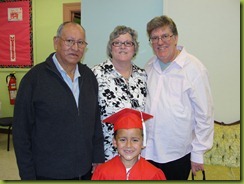 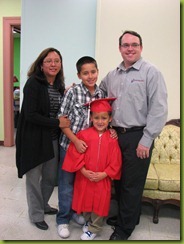 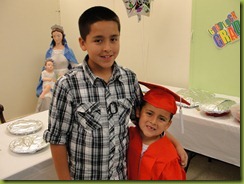 The next day was spent at the Sacred Heart Catholic Elementary School’s Field Day @ Grist Mill Pool & Tennis Club! It was tough work being a chaperone, but we managed to suffer through all the fun and frolic!  What an amazing time!  What lucky students to get to spend a day there and it was glorious weather to boot! 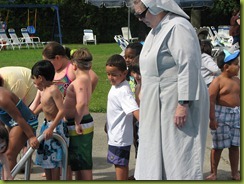 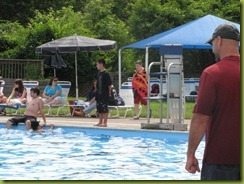 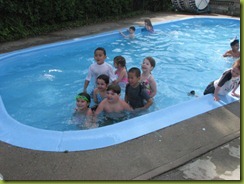 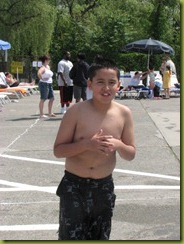 We also spent time at the Soccer Field where the boys attended a soccer clinic which ensured they’d sleep well that night! 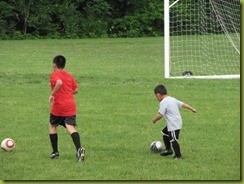 It was a great week and we enjoyed ourselves getting to be the spoiling Grandparents for 5 days!

We ate well, and played hard!

Posted by Chef Jim at 4:39 PM 2 comments: Links to this post

Chef Jim
As a Personal Chef, I am a Certified Member of the American Personal & Private Chef Association; Certified Safe Food Handler; and a fully insured business owner/operator. As the TRAVELING CULINARY ARTIST, I am creating tasty mealtime solutions for today's busy households, providing my service for people who want to enjoy nutritious, well-prepared food in the comfort of their own home. As a Husband, Father, Father-in-Law and Grandfather, I enjoy the ability to have a flexible schedule that allows me to enjoy my growing family while fulfilling the needs and desires of my clients.